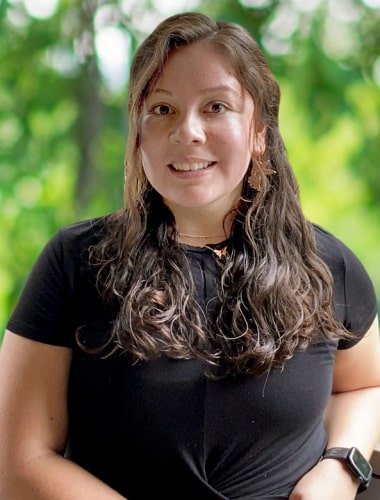 I am a proud daughter of immigrants, born in the US but raised in Mexico since I was just a few weeks old. My parents moved to the US in 1999 when I was about 7 years old to give me and my brother that so-called “American Dream.” I remember it like it was yesterday. I remember feeling sad as I had to say good-bye to the place I sometimes still call home. I remember feeling angry at my parents for taking me away from my family, from my friends and from everything I’d ever loved and known.

My parents have never been the type of people who hide their status. They were not ones to live in fear, I was raised knowing what it was to be undocumented and that it was never something to be ashamed of. The one thing my parents never taught me and what they did a great job of hiding was what it actually meant to be undocumented until December 15, 2011. My family received a call from Mexico at early hours in the morning, my grandpa died of a heart attack in his sleep. As soon as I found out, I packed my bags and met my family in the living room, but as soon as I walked in I saw that no one else was ready to leave and that’s when it hit me. In 2011, the cartels had already taken over the Mexican side of the Rio Grande River, and if my dad decided to go to his father’s funeral it meant that there was a possibility he might not make it back alive to his family.

For many years I had been angry at my parents for being selfish and taking me away from my home. It wasn’t until I saw my parents sitting in our living room discussing if it was worth going to my grandfather’s funeral that I realized that everything my parents had done up to that point had been a great sacrifice. After that winter, I knew that I owed it to my parents to do something — I honestly did not know what exactly that something looked like, but I did know that it would probably look something like an American Dream.
February of 2012 is when I started my journey as a community organizer and activist with a small student organization called Minority Affairs Council (MAC). Thanks to them I had the opportunity to work with undocumented youth led organizations at a local, state and national level. It was then I discovered that the way to help my parents and my community was by giving and being their voice. I learned that the power of the immigrant community came from their stories and struggles that they’ve faced in their journey coming to and living in the U.S.

Since February 2012, I have worked with many great organizations all over the country. I’ve met many immigrants and heard hundreds of stories and to this day those stories are the ones that have kept me in the movement. The Lincoln-Goldfinch Law gave me the opportunity to work for them as their Client Outreach Specialist. I can say that so far I’ve had an amazing experience working at this Austin immigration law firm. My position has allowed me to listen to people’s stories and pass along their information to our family based immigration attorney, Kate, in preparation for her consultation with them. Due to a broken immigration system not every story leads to immigration relief, but those stories remind me that the fight is not close to being over. I will continue to fight for my community, and most importantly for my parents because I would not be the woman I am today if it weren’t for all the sacrifices they’ve made and I know that one day their story will end as an American Dream.

LET US PUT OUR KNOWLEDGE & EXPERIENCE TO WORK FOR YOU.