When Can I Apply For Adjustment Of Status?

In this meeting, we will be talking about how to adjust your status in the United States by marriage, and what you need to do in the interview, what you will be asked, etc. These are very common questions for the Lincoln Goldfinch team, and when we make videos on this topic, there are a lot more people watching them.

Special thanks to our attorney Kate, for taking the time and allowing us to learn these ways to get immigration relief for our loved ones, and also today we are joined as always by Fidel Campuzano.

What Is A Status Adjustment?

An Adjustment of Status means that a person is taking the appropriate steps to obtain permanent residency here in the United States.

There is the I-485 form, which is one of the existing forms in these types of cases.

It is an application for permanent residency or citizenship and is a benefit for those who qualify.

Something that is very common is when one of the members of the relationship may have a legal status within this country, and their love found it in the summer love on a vacation in the country, and now they can no longer enter with their tourist visa because they have lost it.

But there is always another opportunity to be close to our loved ones. 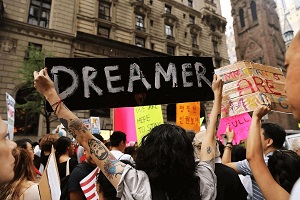 Those people can be for example immediate relatives of citizens; a husband, a wife; who have entered with permission, with a tourist visa, a student visa for example, and now they are married, they want to settle here and normally those people do not need a pardon for being in the country without permission.

They may have overstayed their visa, but there are other types of people who may qualify for adjustment of status.

They may be relatives of people who are serving in the military, victims of abuse in a marriage, or children of parents under VAWA.

People who have already received the U Visa. There are many types of adjustments of status, but the most common for us are people who are in a marriage to a citizen, permanent resident, and who entered with permission.

Not everyone has to start with legal status, it can also be a person who entered with a visa, and their permit expired, so they were here without their visa, but then because of their entry into the country, they qualify to adjust their status but it does mean that they are a person who is adjusting to status or from a permanent resident status.

How Do I Adjust My Social Status?

We received among so many questions, one that we know many of you will be interested in:

What steps does it generally take in most settings to process this social status? Why would I need to hire a lawyer? What needs to be done? It's very complicated!

Our lawyer Kate tells us:

''It can be if we put hundreds of evidence forms into our cases, and the first step is to know the case strategy.

That is why it is very important to meet with an attorney's office, with whom you have confidence that they can review your history and qualify or find out that you qualify for adjustment of status.

Then the individual has to know what are the ways that they have to get in, and normally we are doing a type of case that we call a ''One Step'', but this type of case has a lot of files, there are more than 7 ways that you have to do.''

The adjustment of status, the family petition, the work permit, the travel permit, the PTC (Pre Trial Conference), the petitioner's information, and all of those documents are part of a One-Step.

It is not a requirement to have an attorney in an immigration case, but we have many many clients who tried to settle on their own and then received a denial or a request to turn over more evidence because they made a mistake or forgot one of the forms.

Something that can be horrible for individuals who need to travel, need to work but didn't complete or collect the necessary documents, or didn't submit the application for the work permit and now have been waiting eight months to get their permit, but didn't fill out the form for it.

So first is knowing who qualifies for residency, and the strategy of how the process of that case is going to be handled.

Then, it's knowing exactly how to deliver the case effectively, so that there are no delays or mistakes in the case.

With one mistake, a case can take more than three months, so there is a cost to making a mistake in the process.

What Happens If I Make A Mistake In AOS?

Before we talk a little bit more about the consequences of having a single mistake in the immigration process, you have to keep in mind that you should have a pretty good command of English. 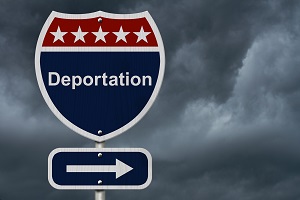 Fix Your Legal Status In the USA

After knowing what Immigration is asking of you, our lawyer Kate, tells us the importance from her point of view, of choosing a professional who will make the process painless and safe for you and your family.

It is possible to reapply without a case being denied, but it is a lot of money and time to invest.

An immigration process to adjust status will take a year, and there are many people who do not qualify at the time.

Let's say we're talking about a Cuban who has been here in the United States; the data is there and it applies.

A person who applies one day before eligibility meets and begins the process without legal representation will have to wait until the interview for approximately one year to receive it.

Most likely they will end up denying your case and you will have to start all over again, wait another year and lose all your money.

Now the fee paid directly to immigration is almost two thousand dollars, and if they deny a case, they don't refund the money, and if the person was not eligible, it doesn't matter if they accept the case and give a receipt with a case number.

It doesn't matter if they approve or deny the case, you're going to lose all your money, but the worst can be the case of a person who doesn't qualify, who shouldn't apply because they have a fraud, they have a punishment, they have something in their history, and this person can be put in deportation proceedings.

We have had several people who are at the point after the interview, people who were thinking they qualified for adjustment of status, came in at the time of the interview and were denied, then put into court proceedings, and now we have to start deportation defense which is much more expensive and stressful.

Recommendations For Adjustment Of Status

The most important thing is to make sure the person qualifies, but if someone does the wrong paperwork, usually a case is rejected. it's going to take about three months to process, because the response from immigration usually takes between six weeks and three months, or if they have to ask for more evidence, like for example one of the forms that is the I-864.

That form is the agreement between the petitioner and the beneficiary the government saying that I the petitioner am going to support that person at the minimum level for the poverty guideline for a family of two, I'm saying I'm going to support my husband for about $20,000 a year and it's an agreement between us, but I have to turn in my taxes for the last 3 years, my check stubs, I have to fill out the paperwork right, and if I miss a part of the form or forget to put in an important piece of evidence, they're going to accept the packet, but they're going to give us something called a strands gap.

Basically, this packet tells us that you did not include evidence of your property or you do not earn enough to host the other person.

We can respond, but that whole process is normally going to take three months.

Finally, the year is running out, so follow us in our programs, we will be giving you good stories, the good news of everything that is coming, the good things that are happening, that you have been informed and that you can have a better understanding when you want to fix in the United States without problems, delays or headaches.

If you have more questions about how to fix, or about your specific case, please contact us at (855) 502-0555. After a brief 10-minute case evaluation over the phone, we will discuss your options with you. You can also follow us on our social networks so you don't miss our weekly broadcasts via Facebook, YouTube and Twitch.