What To Do If You Are Undocumented & Working In Poor Conditions

Today we were joined by our hosts Karla Arévalo, Fidel Campuzano and immigration attorney Kate Lincoln-Goldfinch, as always happy to be able to accompany and inform the immigrant community. Remember that our firm offers completely free immigration consultations via telephone. Call us at (855) 502-0555 and in less than 10 minutes we will tell you what immigration options you have.

Attorney Kate was talking and answering questions from our followers about the T Visa. This is a visa that is not widely known, but it is a great help for people who have been victims of human trafficking. Not only does it involve forced prostitution, but there are several types of human trafficking that are eligible for this type of visa that makes it possible to obtain pardons, as well as cover the victim's family members. It is a way for undocumented workers, including their families, to legalize their immigration status.

What Is A T Visa? 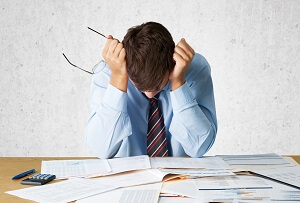 If You're Undocumented And Working Under Poor Conditions, You Have Options To Adjust Your Status

The T Visa is a humanitarian visa for individuals who have been victims of the crime of human trafficking in the United States. This type of visa is related to the U Visa, for victims of crimes such as domestic violence, sex crimes, robbery, kidnapping, among others. If this person who has been a victim decides to collaborate with information to the authorities, they can opt for a U Visa that comes with a Work Permit valid for 4 years and later, Permanent Residency. In that sense, the T Visa is very similar but applies to victims of human trafficking, which includes forced labor not only of a sexual nature.

An example of this could be someone who is working as a contractor, or who works in a restaurant, or who is a nanny for a family; if the employer is not treating them well, asking for money from their salary without justification, if they must work overtime without being paid, or if the employer takes away their documents, these people may qualify for the T Visa process. In the case of this type of visa, it is necessary to file a report with the authorities, however, it is not necessary to obtain a certificate from the authorities to continue with the case. So the process may be a little easier.

One of our followers, who prefers to remain anonymous, sent us the following query:

"Lawyer: in the past I was working for a construction company and last December we had a Christmas meeting. I was there, already a little drunk, I commented out loud that I had a lot of unpaid wages. The "boss" got a little worked up, since it turned out that he had already given all the money to my supervisor and he decided to spend it, he did not pay me. However, this supervisor came to my house to threaten me with a gun and took the license plates off my car. We talked to the police, they found no gun and nothing else was done. I have filed a lawsuit for the payment but it has not been resolved. Is there anything I can do?"

That's an excellent question. According to attorney Kate, a little more research is needed. Initially, it would be appropriate to review a copy of the police report to see what was on the record, as this incident with a firearm may apply as aggravated assault. From what this person tells us, it is possible to see that this person was not working under optimal conditions, where they were not treated well by their employer. In order to apply for the T Visa, it is necessary to show that the employee was forced to work by means of fraud, coercion, or force. In this specific case, it would be necessary to show that he worked under threat or was coerced.

Differences Between U Visa And T Visa

These two visas are very similar in many ways. Both come with a 4-year Work Permit and the possibility of receiving a Green Card after 3 years. Both have waivers for entering or leaving the country without a visa, for being arrested, among others. It is also possible to include your family within the coverage of these types of visas (spouses, minor children).

There is an annual cap on the number of U Visas that are granted, which is currently at 10,000 per year. For this reason there is at the moment a considerable waiting time, as the number of applications received per year is far more than the number of visas issued.

Recently it was announced that Work Permits would be granted faster for U Visa applicants. On the other hand, the cap for T Visas is 5,000 per year, and this number is never reached as the number of cases filed is much lower. Also, T-Visa beneficiaries can access various types of government assistance more easily.

During our transmission we received the following question:

"The employer I have is undocumented. I am listening to you and I don't know if that will affect me or benefit me to obtain this visa: he always makes me many indecent or sexual proposals and I have no way to prove it. But everyone he hires is always "mojados" like me"

Kate indicated that she would like to speak privately with the person who is consulting, as these are very personal issues and that perhaps her case would apply for the T Visa. More specific details need to be evaluated, depending on whether she has continued to work at this place for fear of threats or the man's treatment of her or others.

Is There A Deadline To Apply For A T-Visa? 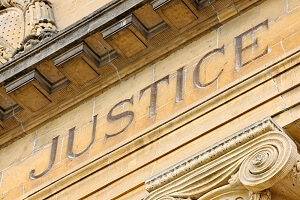 No, there is no exact deadline, unlike programs such as VAWA (Violence Against Women Act), which is for situations in which for example one of the spouses is a Citizen or Permanent Resident and physically, psychologically or sexually abuses their partner or children. In these cases the interested party must apply while married or up to 2 years after the divorce.

On the contrary, for the T Visa, there are no time limits. One of the points that must be proven is that the person is in the United States because of the trafficking they were a victim of. So if the case happened several years ago, it is possible to go through the process, however it is a little more complicated for a lawyer to prove this.

One of our followers asked:

"I work as a nanny for people who are legal within the United States. These people did [the paperwork] for my Work Visa and it is thanks to them that I am here. However, when I got here they took away all my documents and now I have been working with them for 3 years but I can't access my documents again."

Yes, this is a case that applies for the T Visa, according to attorney Kate. It doesn't matter that they say they are just keeping their documents safe; if this person doesn't have access to them even if they are paying them very well, it doesn't matter, it is still a case that applies. Remember, if you are afraid to ask, you can send us your story and we will read it anonymously so that attorney Kate can evaluate your case.

It used to be normal to have to wait between 4 or 5 years to receive an answer on the U Visa application, but the new administration announced a couple of weeks ago that a Work Permit will be granted to all those applicants who have already submitted all the evidence required in their cases and have already scheduled an appointment for fingerprinting, so the waiting time will be much shorter than before. Also, the process will be much easier and there will be less waiting time for the applicant to bring their family members to the United States.

Here at Lincoln-Goldfinch Law we want the best for our clients, which is why we believe it is essential to consult with a legal professional in case you or someone you know is in deplorable working conditions. Remember that you can follow us and be aware of our latest news on our social networks Facebook, TikTok, Instagram and YouTube. You can also contact us for a free legal consultation, which will take no more than 10 minutes, by calling us at (855) 502-0555.