Thank you so much to our audience for being here with us, for joining us in the creation of this program dedicated to informing you of the latest updates in immigration.

As many of you already know, and those of you who don't will have the pleasure of meeting our legal guardians as well, Jackie and Kate, two experienced professionals and awesome people who will have the answers to today's questions.

There are many minors who are escaping from organized crime today, there are different situations in other countries that unfortunately force their parents to want their children to have a better life by crossing the border, or the children themselves have already made the decision to escape to save their future and their lives.

For this type of asylum, it is necessary to prove that the person will suffer persecution or harm based on their race, religion, political opinion, nationality, or social group, which could be a gay person, a victim of domestic violence, etc.

But there is another benefit or protection available to minors in Texas.

They must be under the age of 18, they must have been abused or neglected by a parent, it is not necessary for the neglect or abuse to come from both parents for this type of case, but Juvenile Visas or SIJS Status is not based on the suffering in your home country, it is based on what happened to your family.

Let's discuss it in more detail as it is a different case. 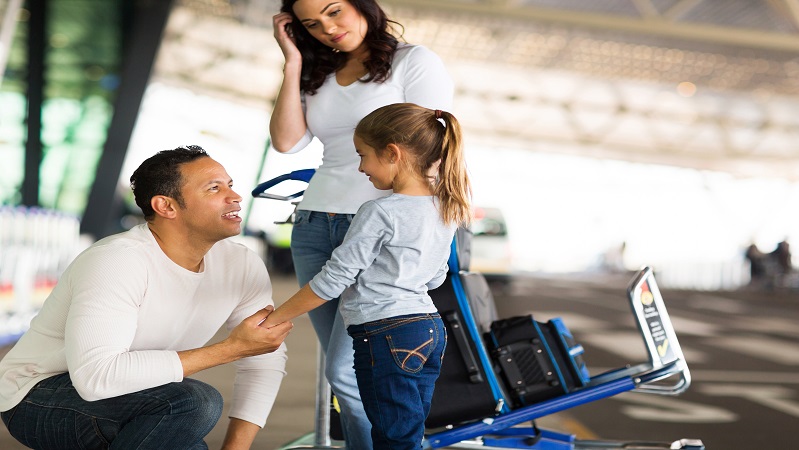 We've seen thousands of kids who are eligible for both types of cases, maybe they were persecuted by gangs in their home country but also their dad abandoned them as a child, and that teenager could apply for asylum, Juvenile Visa or both, and that is a strategy that an applicant should take with the guidance of his or her attorney.

What Happens In The Process Of A Juvenile Visa

And how do these children get to the border alone? Who receives them? What happens in that process?

Kate: ''That's a very sensitive question, and that is that unfortunately there are a lot of families that have been separated by U.S. policies, because now what we have at the border is a policy called Title 42.

It's a border closure based on the Covid pandemic, but the only exception is children who are minors who are unmarried, who are not with their parents and relatives, and since February of this year 2021 we have seen thousands of unmarried minors crossing alone to be reunited with a relative here in the United States, perhaps a mother, an uncle or another relative who is available to accept that child.

There are parents who are waiting in Mexico and can't cross to ask for asylum, but there are also children who have to escape and their parents had to stay in their country of origin, and these policies are also complicated because they are always changing them at the border for immigrants.

Since December what we have had in place is the Title 42 policy, which says that only unmarried children can cross over to seek asylum, but also President Biden is reopening the MPP or Quédate En México (Remain in Mexico) program, which says that people who want to seek asylum in the United States can register and can apply, but they have to wait in Mexico to have their asylum hearings, and that's something that will be starting later this month.

Chances Of Being Approved For This Visa

One question that our audience asks us is the following: What is the best information to have as an undocumented person who has the opportunity to apply for a Youth Visa or to get approved for a Juvenile Visa?

Our dear Jackie tells us: ''I think the most important things in a proceeding are two steps, we start with a family court here in the State of Texas or in the State where the applicant lives, and then we get an order signed by a judge who agrees that it is not a good idea to return the young person to their country of origin where they were abandoned or abused by one or two of the parents.

As soon as we receive the order, we can apply for the benefit with immigration if it is necessary to have a guardian or a relative who can have custody of the child.

We have this in Texas, we have that authority until the young person turns 18.''

Our lawyer Jackie tells us: ''There's not a lot of hard evidence that we need.

An affidavit from one of the family members of the young person as well if they are mature enough to prepare their own affidavit, also birth certificates, very basic things, but the truth is that you don't need a lot of proof like in an asylum case, it's a little bit easier to get this type of visa than other types of immigration cases".

Our dear Fidel tells us: ''I have a question because it is something very common, something that may be nothing else has happened in my family but I don't think so, we used to joke saying: Tell this person to adopt you so that he or she can arrange the paperwork for you. Is that the same as this order in the family case, or is it a different thing?''

Jackie says, ''It's completely different. We are not doing a formal adoption, it is just an order giving Guardianship (legal guardian) for the minor. If the child's guardian is undocumented, has no legal status, fixed status, or is not a U.S. citizen, it does not matter".

It is a great benefit that the child who arrives at the border alone, can be beneficiary of this type of Visa if he has a sponsor in the United States who can take care of him, and if the guardian or the person who will have custody of the child is a citizen or permanent resident, it has nothing to do with him for the case, so for example, if an uncle with American citizenship wants to do this procedure for his nephew, it will not be possible for the young man. 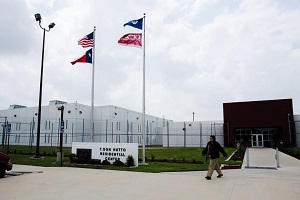 Adjust Your Immigration Status With Juvenile Asylum In The U.S

That's a completely different thing but it's a good benefit for young people because it doesn't matter what the legal status of the adult who's going to be caring for them is".

A question asked by our audience: What happens when they receive the children? How long are these little ones being held? Is there a time estimate?

Kate says: ''It's shorter than before, in February, March, and April it was horrible because there were a significant amount of children lost in the border system for 2-3 weeks without being able to make a call to their parents or their relatives.

Now it's much better because the system is already working as it should, and we're seeing usually 2-4 weeks of detention processing in the center, which are not jails, they're a little bit better than other detention centers, and kids and family members can get the kids out.

It's faster if a mother or father is taking a child out because it's a little longer if it's an aunt or uncle, but after they leave the center, that's when the deportation process begins, because they will have to appear before an immigration judge and defend themselves because they will be in deportation proceedings and they will have options for defenses such as asylum, the Juvenile Visa, which is a very common process for those children who have entered the country.

Can Adults Enter With Their Children?

A question we get asked by some clients and Latinos who come in these caravans and it is very common: Is an adult more likely to be admitted at the border and cross with a minor? How true is this?

Adults cannot cross because everything is completely closed to families and adults, only children can be processed at this time under Title 42.

There are a few exceptions in emergencies but it is very rare, so at this time no one who is an adult can apply for asylum.

Let's see after reopening the program MPP (Quédate En México) that they have put in process, but in my opinion, this is not fair and it is not good, because those people are going to have to stay in Mexico and we are going to see more people kidnapped with the cartels and more violence.

That's not good, it's a shame what we're seeing even though we have a new president.''

The following question is from a woman who has already entered the United States with her minor child.

However, she tells us that they are from Honduras and they were given residency in Mexico and they want to apply for this Youth Visa because the father says he will not take care of that child at all and is thinking of taking his other 3 children across the border who he also says are under 15 years old. Does she have that possibility because of the child she already had inside or because of the ones that are about to arrive?

Our attorney Jackie: ''The name Visa in juvenile asylum causes a lot of confusion because it sounds like a Visa to enter the United States, but that is not true".

The young person or persons must be inside the United States to apply for this visa, regardless of whether they have citizenship in one country and residency or asylum in Mexico.

The legal status in other countries does not matter, they have nothing to do with the case.

Minors must be in the United States in order to apply for this benefit. 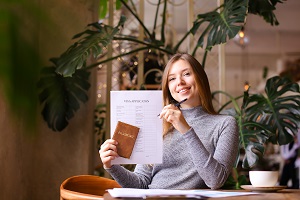 Apply For The Benefits That The Juvenile Asylum Offers You

I Am Of Legal Age, Can I Get A Juvenile Visa?

What happens if the child reaches the age of majority and your asylum case was not started on time? Does it affect some of the cases?

Jackie points out, "A young person can apply for both and continue or pursue both cases because they are different".

They no longer have to continue with the asylum case and the son will have the Visa approved, it depends on the strategy they want to use.

Sometimes we want to leave both cases open to keep all options open, and it does make sense to prepare all applications to see what they qualify for.

And in answer to the other question, if the child turns 18 or older after the package is shipped, it's okay.

The most important thing is to send the visa application to immigration before your 18th birthday.

Most of our clients are going to turn 20, 21, or 22 before we receive approval for the Youth Visa, because the applications for the Visas are so backlogged, so it's completely normal for them to turn the age of majority before the Visa approval.''

In case you have additional questions about Visas, your children and their adjustment of status, or about your specific case, you can contact us at (855) 502-0555. After a short 10 minute evaluation of your case via telephone we will let you know what options you have. You can also follow us on our social networks so you don't miss our weekly broadcasts via Facebook, YouTube y Twitch.

What Our Clients Say

"This Lawfirm is great, very professional and helpful. I love that they are always in communication and always available for when you have questions . 100% recommended by me and my family. Thank you Lincoln-Goldfinch Law"