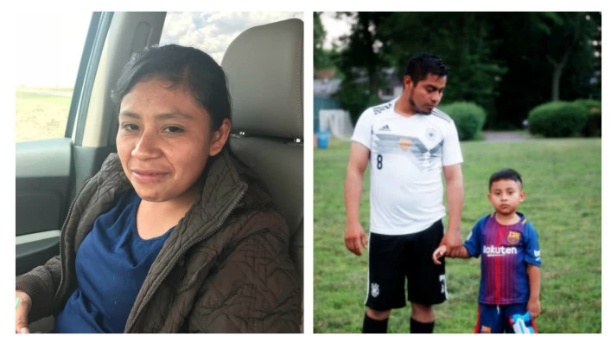 Emma (name changed), a Guatemalan mother seeking asylum, who had been separated from her young son, was recently released from a detention center in Texas on Friday, July 6 and will soon be reunited with her family. Scary Mommy was there for her release and she spoke exclusively to Scary Mommy immediately after she was released.

“I’m very happy to be reunified with my husband and son soon,” said Emma. “It’s been a very hard time.”

We’ve all seen the news and seen the heartbreaking images. Children alone, separated from their parents. Families torn apart and detained as they seek asylum (a legal process, by the way). We’ve heard their tears and listened to their pleas.

But let us remember: These aren’t stories, they are human beings. They are actual children and actual families — like Emma and her young son, David (name also changed).

Like many other parents and children, Emma and her family were the victims of the Trump administration’s “zero tolerance” policy. Even though President Trump signed an Executive Order on June 20th to end the family separation aspect of the policy – and a week later a federal judge ordered that separated families be reunited within 30 days – it remains to be seen how many families are actually being reunited at this time. In fact, just today Trump requested an extension of the time limit on reunification — which means families will have to wait even longer to be reunited.

Emma first came to the U.S. almost two months ago because she feared for her and her son’s life. Emma is from Guatemala, and is of Indigenous descent (she doesn’t speak Spanish, the predominant language in Guatemala).

“She was targeted; she was a victim of ethnic violence,” explained Kate Lincoln-Goldfinch, the Texas lawyer [in Austin] representing Emma. “Because of her ethnicity and the fact that she speaks a language that is different from the predominant language of her country, when she reported the crimes and the violence against her, the police wouldn’t help her because she wasn’t speaking Spanish.”