Role Of An Asylum Attorney

During our broadcasts we want you to get to know the Lincoln-Goldfinch Law team a little bit at a time, so today we had as our guest Merari Fierro who is part of our team of consultants. She was joined by Karla Arévalo and attorney Kate Lincoln-Goldfinch. Like every week, our live broadcasts take place on Mondays and Thursdays, where we discuss along with our guests' different topics that are of great interest to the immigrant community. Today we were addressing a topic that has been in the media lately, as there has been an increase in the occurrence of natural disasters and more and more people are suffering to the point of having to leave their countries, so we talked about Political Asylum and the importance of the Asylum attorney.

Political Asylum In The U.S

Is It Necessary To Have A Lawyer To Apply For Asylum?

Attorney Kate explained that under the law it is not a requirement to have an attorney to prepare and present a case before the Immigration Court or the Immigration Agency. However, it is advisable to use one in complicated cases, especially deportation cases, or those who are under an Affirmative Asylum process before an Immigration Officer. For example, there are people who have already renewed their Green Card by themselves and know how the process works or people who are applying for a tourist visa, or in general simple applications in cases of people who do not have a significant criminal record. In these cases, it is not necessary to have an attorney.

There are two different types of cases that can be filed: Affirmative Asylum and Defensive Asylum. Affirmative Asylum is requested by a person who has entered illegally without being apprehended by the authorities or who has entered legally using a Visa. This application is submitted and an interview will be scheduled with an Asylum Officer, after which a decision is made as to whether or not to approve or deny the application. Initially, these individuals are not brought before the Immigration Court, but if their case is not approved they will go to the Immigration Court and enter deportation proceedings. For this reason, Attorney Kate advises having an attorney whenever possible. 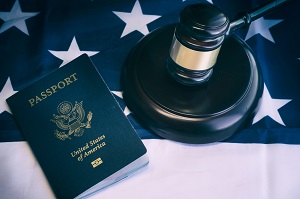 There Are 2 Different Types of Asylum: Affirmative & Defensive

A different case occurs with Defensive Asylum in which the applicant was caught and is in Deportation Proceedings, or as mentioned above, their Affirmative Asylum case was not approved. These individuals have the opportunity to prove that they fear returning to their home country because they have suffered or fear persecution because of their race, religion, nationality, political opinion, or because they belong to a certain social group.

We always receive many questions from our followers, and a very common one is whether it is possible for those outside the United States to file Asylum applications. The story that Karla read to us comes from a person in Mexico who has been kidnapped along with their family and receives death threats, however, they do not have the ability to pass this information on to the authorities. Would it be possible for these people to apply for asylum?

Attorney Kate responded that unfortunately, she does not have very good news for this case. During the last administration, former President Trump closed the border to virtually everyone, there were several programs that allowed people to apply for asylum, and at the moment there are many immigrants living at the border. However, the new administration reversed some of these changes, specifically the one that applies to minors who are crossing the border without their parents. So for those outside the United States, it is still not advisable to file for asylum.

Karla read a question received from a follower:

"I entered with a tourist Visa, can I apply for asylum, how long is the maximum time I can stay without applying for asylum?"

In the case of this follower, the corresponding process to follow would be Affirmative Asylum since she made use of a Visa to enter the country. It is possible to mail the Asylum application to the Immigration Agency and wait to be notified, as well as to request a Work Permit while the case is pending. The stipulated time to send the application is of maximum 1 year after entering the United States, in the case of the Visas, the year is counted from the expiration date.

Karla read us a question asked by a listener:

"One question: are TPS and Asylum the same? What is the difference?" 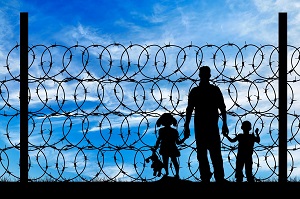 An Asylum Is An Option If You Feel Threatened

Both programs exist to protect those who cannot return to their home countries, that is what they have in common. Temporary Protected Status (TPS) is for people who come from countries that have suffered natural disasters, such as earthquakes or hurricanes, or diseases such as Ebola. At the moment citizens of several countries are beneficiaries of TPS, which guarantees them a Work Permit that must be renewed annually but does not guarantee them permanent status. It will remain in force until their countries of origin are found to be able to accept them again.

Asylum cases are different, as you must have proof of what has happened in your own life, and after winning your case you will get permanent status. After 1 year it is possible to apply for Permanent Residency and then U.S. Citizenship. Attorney Kate is of the opinion that applying for Asylum has more and better long-term and benefits for life.

We received another live question:

"I am applying for asylum and I am going to have my first [court appointment] in February. I've been told that it's usually four [Court appointments] for them to decide if I qualify for Asylum, is that true?"

Normally there are 2 or 3 short appointments where you have to submit your Asylum application, but it is only at the last Court appointment that you must go to testify, answer the Prosecutor's questions and submit the corresponding evidence. After that appointment, the decision will be made, and it will be possible to appeal if the decision is negative.

If you have additional questions, please do not hesitate to contact us at (855) 502-0555 for a free consultation. Rest assured that we will always answer your questions honestly and always have your best interest in mind. You can also follow us on our social networks Facebook, TikTok, Instagram and YouTube.