How Can The New Deportation Measures Affect Me?

Today's "El Show Sin Fronteras" features some not-so-positive news about deportation. We understand that the word "deportation" or "removal" may immediately cause people to be concerned, however, please read the article below for transparent and concise information about the new measures.

We have a new decision in the U.S. District Court for the Southern District of Texas that ruled that the policies about people who can be subject to deportation are illegal. We consider that these measures can be appealed because they are based on arguments that emanate injustice, so we hope that in the next few days this decision will be judged by the Court of Appeals.

When Biden took office, he immediately emphasized that they would not prosecute or deport people without serious criminal records, people who entered the U.S. after November 2020, or who do not have felony convictions.

In the same vein, people who are not part of criminal gangs or terrorists, and even people who have been arrested for DWI (Driving While Intoxicated) or driving without papers. They were not going to be detained by ICE or deported.

In fact, since February, these measures were in place, which was a positive impact on the immigrant community in the U.S. because they would not feel afraid to go out and do their daily tasks. 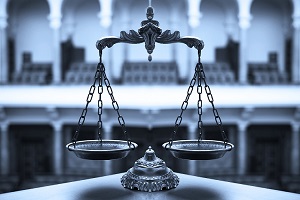 Explore Your Options With An Immigration Attorney

However, a lawsuit against President Joe Biden claimed that he does not have the necessary authority to decide on the current rules for the deportation process. But the reality is that, as these are measures directed at the U.S. Department of Homeland Security (DHS), the President has the discretionary power to decide what actions to take with available resources.

Given the Federal Court's refusal, it is expected to be a lengthy process where the decision will have to be scaled to a Court of Appeal. During this time, Immigration Offices located in any city or rural area of Texas, their supervisors will be able to decide whether to invoke Biden's regulations or refuse and deport people regardless of whether they have a criminal record or not.

By providing this information, our intention is not to scare the U.S. immigrant community, our goal is to provide information in an honest and concise manner, so we highly recommend maintaining strict care when leaving your home, keep your documents up to date, until the situation is regularized.

How Does A Deportation Order Affect You?

During our Live we were able to hear about the case of an anonymous follower, he tells us that he has been in the country for 20 years and has obtained two work permits before. He also have a DWI charge for being parked under the influence of alcohol. In 2012, he attempted to renew his work permit and was denied due to an outstanding deportation order. He asked us: How does this affect your case?

The reality is that, unfortunately, it can significantly affect your case because once the judge issues a deportation order, immigration agents can detain and deport you without any special permission. In turn, he does not meet the requirements to avoid deportation mentioned above by Biden.

However, we want to emphasize that the reason his work permit was denied was not that he had a DWI charge. This is why it is always recommended to consult with an immigration attorney about your options, all cases have different circumstances and there is no magic formula to regularize your immigration status.

What Happens If I Have To Check-In At ICE Every So Often?

If you do not have a deportation order, but you periodically appear before ICE to sign in, you most likely have a pending court proceeding where every month or every six months ICE requests your presence.

It is important to note that deportation proceedings can take up to 8 years, so you should seek legal advice if you are constantly going to ICE officials because you may be unknowingly being processed for deportation.

Recommendations In Case You Are Detained By ICE 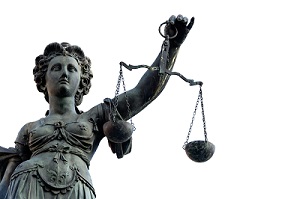 Keep Your Documents Up To Date And In A Safe Place

First of all, it is important that you do not sign anything, remember that it is the job of the Immigration Officers to get your permission to be deported because it would make their job easier. But immigrants have the right to contest these actions and to present their deportation defense case with the help of an immigration attorney.

Another fundamental recommendation you should take is to keep your papers or documents that prove your presence in the U.S., such as birth certificates, marriage certificates, a receipt for some service, or receipts that have been granted to you during your immigration processes.

You have the right to a phone call once you are detained at the processing center, so you should call someone you trust who knows where you keep your documents and also call an immigration attorney to start defending your deportation case.

We understand that no one wants to think about that moment, but it is critical to be prepared for that situation in case it happens and have a solid defense. You can call (855) 502-0555 for support from our attorney Kate.

During our Live we received a query from a follower who mentions us:

"Attorney, I am petitioning my wife but they have not yet approved the application, I wonder if the petition can be affected by this new measure?"

It all depends on the type of case you have, if you entered the country without a visa for example and you are in Consular Process where you will have to submit the Form I-130 to prove it is a bona fide marriage, then apply for Consular Pardon and finally the appointment at the Consulate, this process may not be affected by the new Federal Court measures.

However, it would be ideal to learn more about their case because they can usually apply for Adjustment of Status, which would allow them to obtain permanent residency without having to process a Consular Pardon.

On the other hand, you should take extreme care because if you entered the country without a visa, and if you are arrested for a crime, you could be subject to deportation proceedings,

We received a message from a follower who commented:

We understand that it can be frustrating for the immigrant community to see how quickly the laws in the country change, that's just the way the country's system works.

In the past, we had a government that sort of closed the doors to many immigrants and promoted measures against them, but it was the Federal Courts and Congress that ended up opposing the measures and regulating them in a way that was fairer to the people.

Nowadays, the opposite is true: the Presidency issues pro-immigrant measures but the Courts put obstacles or strong rules in rejection of these new regulations.

However, we highly advise not to lose faith, these measures can quickly change for the people affected and change the outlook positively for them. Dreamers and asylum seekers deserve a chance to regularize their immigration status, and there are Federal Courts that are aware of that.

That is why it is critical to have the help of experienced immigration attorneys who can handle your case with strategies that will allow you to get some breathing room and peace of mind about your immigration status.

Another question we received on our Live was:

"What's the latest on the U Visa?"

We have good news about the U Visa process, and that is that after your fingerprinting appointment, you will be able to obtain a work permit for victims of crime. This is a significant improvement in terms of processing times due to the fact that it is being 2 to 3 years faster.

We have also seen important decisions regarding eligibility for asylum for people from Central America, previously it was complicated for a person from this region to have their asylum approved, but recent Court of Appeals decisions have favored these families.

In recent years we have seen people from Cuba or Venezuela seeking asylum in the U.S. because of persecution in their home countries for their political views. But it is important that there is progress in processing people being chased by cartels or gang violence, and even people who are trapped in northern Mexico because of gang violence.

We received another question from our followers:

"They detained my husband and told him that he must sign his deportation or we could all be deported, that they know where our children study and where we work. Is this true? Does the signature have that much influence?"

Not true, it is a clear example of the threats immigration officials make when trying to obtain a signature. It is a very unfair situation because the detained person, upon hearing that his or her entire family will be deported, can easily give in to signing a deportation agreement.

That is why it is important to be informed and consult with professionals so that you do not fall into myths or misinformation about the deportation process. You have the right to defend yourself, to refuse to sign any paper, and to consult your next actions with an immigration attorney.

In case you have additional questions or concerns regarding recommendations for regularizing your and your loved ones' immigration status, or any other immigration-related issue, please do not hesitate to contact us for a free case evaluation at (855) 502-0555. You can also follow us on our social networks Facebook, TikTok, and Instagram.