Legal Status For Victims Of Violence In The U.S.

As usual, our hosts Karla, Fidel, and attorney Kate were discussing current issues of interest to the immigrant community. Today we are specifically talking about Humanitarian Visas, for people who have been victims of a crime in the United States, and that through these Visas will have facilities to stay in the country, perhaps to bring their families and access to a Work Permit.

Visas For Victims Of Violence

There are three types of visas for victims: the U Visa, the T Visa, and the VAWA Visa.

This type of visa is for people who are in a relationship with a permanent resident and who are being abused in that relationship.

The VAWA program also covers cases in which the parents of U.S.-born U.S. citizens over the age of 21 are the victims.

The program brings many benefits including the ability to adjust status without having to leave the country, often without needing a pardon, and on some occasions, it has been possible to include people who have multiple entries and exits from the country in the program.

The Work Permit is included as well as a Permanent Residence after 2 years. 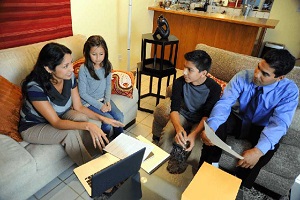 Different Types Of Visa In the U.S.

In VAWA cases, it does not matter the gender of the offender or the victim, and it also includes same-sex couples.

It is also not necessary to file a report with the authorities about the abuse or to have the abuser's permission to apply for the program.

There is a policy within VAWA that states that Immigration cannot give or receive information to or contact a person who is reported as a batterer.

We received a question from one of our Facebook followers, read by Fidel:

"Attorney: On what dates are [visas] F2A cases being heard? My case is from December 2016, case closed September 2020 and still no appointment and I already have the pardon approved."

According to attorney Kate, she has already completed two of the three steps of the adjustment of status process. The F2A category is for spouses or unmarried children (under the age of 21) of Permanent Residents.

This process begins by filing Form I-130 which is the Family Petition to prove the relationship between the beneficiary and the petitioner.

After that, it is necessary to apply for a waiver to pardon the unpermitted presence within the United States.

And finally, it is possible to process the case at the National Visa Center, where all documentation is reviewed and the file is passed on to the U.S. Consulate or Embassy in the country of origin.

This last step is a process that can be very complicated, it has many requirements and any error, no matter how small, can delay the process.

The National Visa Center usually takes 2 to 3 months to respond to each document submission.

If you do not do so, they will close the case and you will need to start the process all over again.

Another question received live was the following:

"What is known about DACA?"

Attorney Kate responded that what is known about DACA is that at this time only people who are already beneficiaries of the program can file applications for DACA renewal and apply for Advance Parole in order to be able to travel.

But Initial DACA, those who will be applying for DACA so far, are not allowed to apply.

This came in the wake of a lawsuit filed by Ken Paxton, Texas Attorney General, arguing that the DACA program was not legal.

Their argument is based on the fact that when the program was introduced by former President Obama in 2012, it did not go through the due process of approval that provides for a public comment period before becoming an official program.

Federal Judge Andrew Hanen issued a ruling on this lawsuit because of which these new regulations are now in effect.

This means that the DACA program will remain in effect after this waiting period ends, so attorney Kate advises those who qualify for initial DACA to gather all the evidence and documentation necessary to apply. 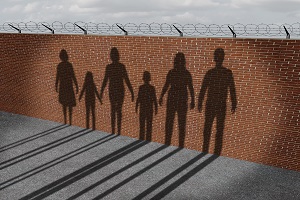 A query received via YouTube was read by Fidel:

"Hello Attorney: What if the abuser is not a resident or citizen but there is a police report, can he qualify for VAWA?"

The U Visa is a visa for victims of crimes within the United States who cooperate with law enforcement in their investigations.

The reason for this is to encourage the immigrant community to cooperate in case they are victims of crimes such as domestic violence, assault, robbery, kidnapping, sexual abuse, among other violent crimes.

So when there is domestic violence by a partner, when the partner does not have legal status, it is possible to apply for VAWA.

If the victim has made a report to the police, it is possible to request certification to support the report and/or cooperation in an investigation.

After doing this it is possible to apply for the U Visa, which includes a Work Permit for 4 years and eligibility to apply for Permanent Residency after 3 years and then U.S. Citizenship.

A great advantage of this program is that it is possible to pardon many things such as criminal records or entering and leaving the country, as well as it is possible for the victim to include immediate family members (spouses, children under 21).

If you have additional questions about visas, or about your specific case, please contact us at (855) 502-0555. After a short 10 minute case evaluation over the phone we will discuss your options with you. You can also follow us on our social networks so you won't miss our weekly broadcasts via Facebook, YouTube and Twitch.