During our broadcast today we were joined by our host Karla Arevalo, Fidel Campuzano, our firm's administrator, and attorney Kate Lincoln-Goldfinch, who is in charge of bringing us the latest immigration news and updates. Today they were discussing Permanent Bars and immigration law changes after 9/11. 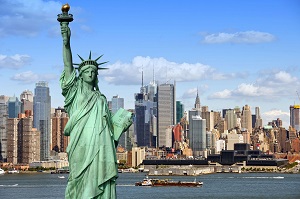 911 Has Set A Before And After In Immigration Law

We decided to cover this topic because we know that many members of the immigrant community lost loved ones and people who were significant to their lives on that date. In addition to the impact on a personal level, this event also involved situations in the political arena that in turn resulted in many changes in immigration policies. Before the incident, there were laws such as the Immigration Reform or Amnesty of 1986 or Law 245-I, of 1997 and renewed in 2000, which consisted of a type of amnesty for family members of Permanent Residents and Citizens.

Additionally, at that time Congress had a proposal for an Immigration Reform Law that was going to be presented in February 2001 and everything indicated that the situation was going to change for the better, but after the terrorist attacks, all these negotiations came to a halt. Since then, Congress has focused all its efforts and resources on reinforcing the militarization of the border, investing around 40 million dollars a year. Despite this, programs such as Deferred Actions for Childhood Arrivals (DACA) and Temporary Protected Status (TPS) have been created to help the immigrant community.

According to attorney Kate, although the main focus was on immigration policies related to Middle Eastern countries, all immigrants regardless of their origin have been affected after these attacks. A clear example of this is the situation in Central America, where many immigrants ask for help because of the crimes of the cartels. Nowadays it is much more complicated to cross the border with or without a visa.

Previously there were people entering and leaving constantly without a problem; all this changed since 2003, the process to apply for a tourist visa became more complicated, since it is necessary to prove that the applicant owns real estate in his country of origin, has a good employment situation and, in general, proves that they have a reason to return. Within the country, one of the most important changes was the creation of new agencies: the Immigration and Customs Enforcement (ICE), whose priority is to remove immigrants from the country, as well as the Enforcement and Removal Operations (ERO).

Immigration policies are constantly changing. The previous administration, for example, prioritized all undocumented immigrants for deportation, unlike the current administration, which prioritizes undocumented individuals with serious criminal records who have recently entered the country. However, recently the Attorney General of the State of Texas filed and won a lawsuit that forced the current Administration to modify some immigration-related regulations.

The Permanent Bars or Prohibitions are part of the law that was introduced in 1997 and was to be amended in 2001. The result of this law is that there are many families separated because it is not possible to obtain a pardon or fix the immigration status of a family member who has a bar. This Law states that when someone has been in the United States for more than a year, leaves the country for any reason, and then tries to return or returns without a visa, they automatically have a Permanent Bar.

It also applies to people who may have been in the U.S. for less than a year but were deported by a Border Patrol or Judge's Order and then tried to re-enter illegally. The punishment is not permanent but is so-called because the person must remain outside the U.S. for at least 10 years before being allowed to adjust status through a relative.

During our transmission we received a question, which Karla shared with us:

" If I entered, I had my children, I was 5 years inside the United States and I left because my dad was going to pass away and then I came back. I was here for 3 years, and I was deported, but I signed my Voluntary Departure. And now I'm here again, would that apply to the bar?"

Attorney Kate responded that this prohibition applies to incidents that happened after 1997, so with respect to this case it would be necessary to know when our listener was in the country earlier. It would also be necessary to review the Voluntary Departure documents because sometimes it is not clear what type of departure it was: a Voluntary Departure or a Deportation. If this person meets the conditions to receive the Permanent Bar, they still have possibilities in programs such as VAWA, the U Visa, the T Visa, or applying for Asylum.

Fidel brought us another question received via YouTube during the broadcast:

As mentioned above, this punishment is not for life, the person must last 10 years outside the United States. To receive this penalty it is necessary to have a deportation and subsequently an entry into the country. If a person entered only once and was deported, the Permanent Bar does not apply, a different type of restriction applies for which it is possible to obtain a pardon. But when there are two entries, and the first entry resulted in a Deportation or the person stayed more than one year, that is when the Permanent Bar is obtained.

There are many people who may find themselves in a similar situation, not really knowing if their case would deserve a Permanent Bar, and it is something that is possible to assess very quickly in our office. The best part is that we will be able to answer that question for you in less than 10 minutes.

What Other Types Of Bars Are There? 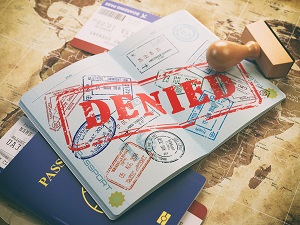 There Are Different Types Of Permanent Bars

Is It Possible To Remove A Deportation Order And How Is It Done?

It was one of the questions we received during the Live, and our attorney Kate had the opportunity to answer. In some cases, it is possible if you only have one deportation you could try to arrange it through a family member, or on some occasions, it is possible to re-open the case and fight it again. It is necessary to make an individual evaluation of each case.

In case you have additional questions regarding immigration or bankruptcy issues you can contact us at (855) 502-0555 where we can provide you with a personalized legal evaluation for your case completely free of charge and in only 10 minutes. Remember that you can keep up to date with all our updates and latest news through our social networks Facebook, TikTok, Instagram and YouTube.