Guest Post: The Dual Citizenship Guidelines and the difference with a Second Passport

Home Blog Guest Post: The Dual Citizenship Guidelines and the difference with a Second Passport

Guest Post: The Dual Citizenship Guidelines and the difference with a Second Passport

The concept of Dual or Second Citizenship is ideal for individuals looking for business opportunities and international mobility in their quest to be successful. This is not just because it allows them to gain access to two social service systems and two passports, but also because it spares them from the otherwise lengthy paperwork visa application processes.

Getting a second citizenship allows children of dual citizens to reap the advantages of embracing global citizenship. This is primarily because second citizenship allows the dual citizen and his/her immediate family and the future generations to receive the benefits of educational advantages, economic well-being, and social protection, right from the day one. Dual citizenship is also explored by individuals that want to live and prosper in a peaceful, stable, and growing socio-political country. It is also the ideal choice for individuals who want to explore, discover, and embrace new cultures and destinations.

It is important to remember here that Dual Citizenship and Second Passport’s are completely different. There is a misconception among some sections of the society that both are the same.

Dual citizenship can be taken by anyone for any legitimate purpose. On the other hand, a second passport is acquired by regular international travellers. In most scenarios, these travellers prefer flying with a different (second) passport when they are required to visit conflicting countries. For example – A Second Passport may be taken by a citizen of the United Kingdom for a business visit to countries with political or social unrest, such as Pakistan or Afghanistan. Getting a second passport is absolutely legal, and its applications are fully governed by the law. 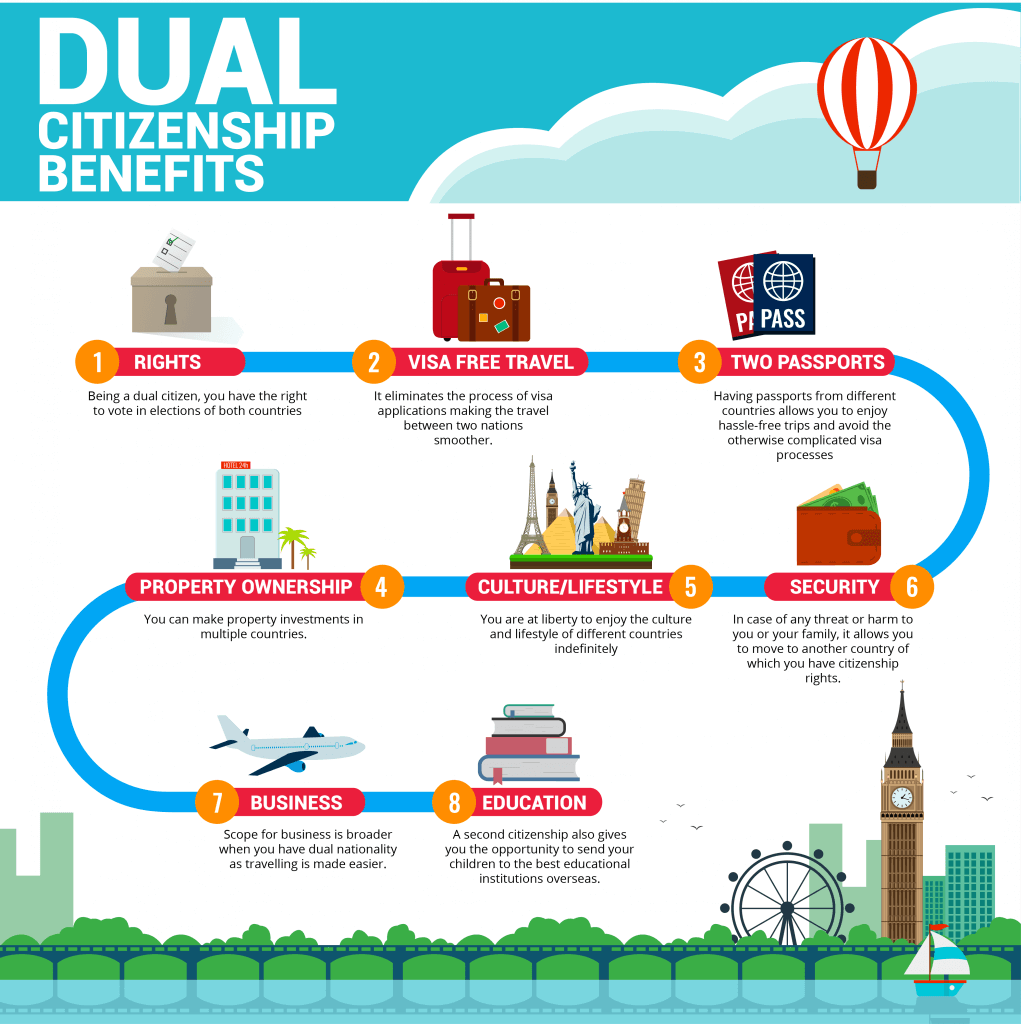 What is the meaning of Dual Nationality

Let us now understand how the terms “Second Passport” and “Dual citizenship” differ in meaning.

1. An individual may make an application for dual citizenship of two or more countries at the same time. An application for a second British Passport, on the other hand, is to receive an additional passport for international business travelling purposes.

2. A request for a Second British passport may be made by applicants that can prove that they are required to visit other countries on a regular basis, for business purposes. The applicant should be a senior representative of the company. He or she is also expected to prove the intention for the visit to restricted visa or conflicting countries.

What is a Second Passport?

The Second Passport has a different number and is not an extension, renewal, or replica of the First Passport.

Why Apply for a Second Passport?

A Second Passport may be the ideal choice for regular international business travellers and others in the following cases: 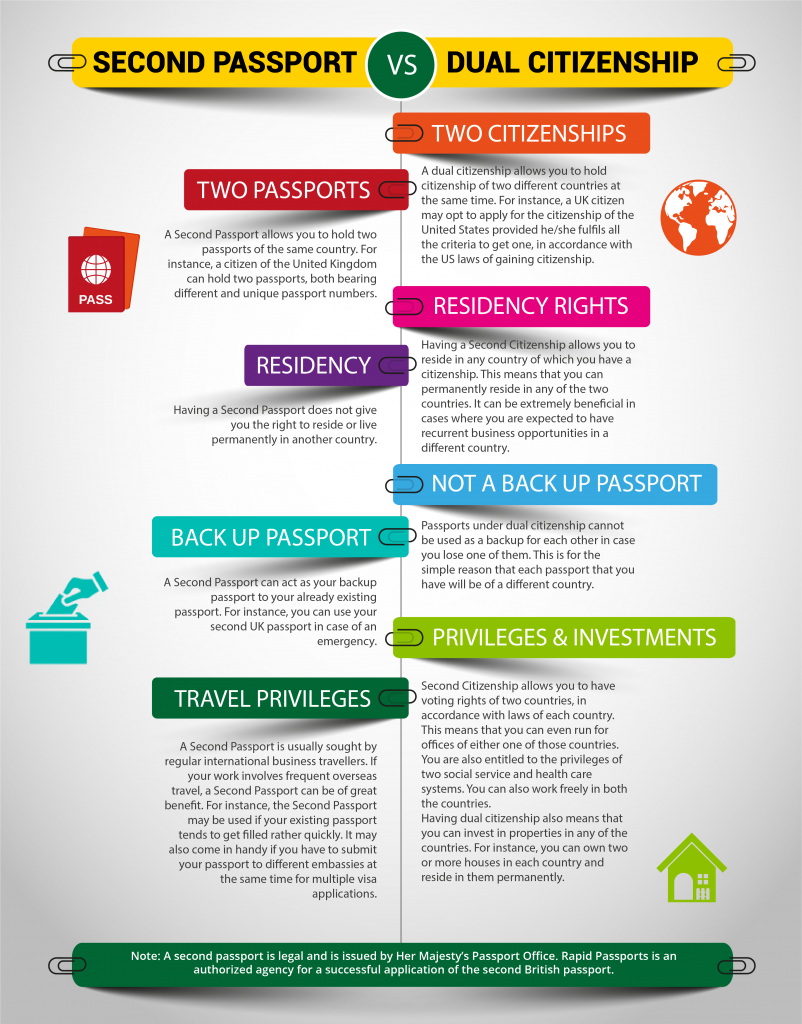