Home About Us Oscar Sierra – Paralegal

It is a great honor to be joining the Lincoln-Goldfinch team! I am originally from Brownsville,
Texas and have been living in Austin since 2015. I recently graduated from the University of
Texas at Austin with a degree in American Government.

Coming from an immigrant family, I understand the disadvantages that most first-generation
immigrant families have in the U.S. My father arrived in the U.S from Mexico in his mid-
twenties without documents, money, or knowing a single word of English. Although it was
difficult at first, he believed in the values of this country. He believed that if you work hard, are
fair, and treat other with respect, then you are American regardless of your disadvantages. He
showed me that America rewards those who live by those values with plenty of opportunities.

I became interested in immigration policy during the 2016 election cycle. Listening to the hostile
rhetoric towards immigrants during the elections motivated me to get involved in immigrant
advocacy. Growing up in a border town and living in such a diverse city as Austin has allowed
me to form valuable friendships with people from different countries and cultures. It is extremely
frustrating to see how misrepresented immigrants still are in several parts of the country, but it
has also served me as a motivation to contribute as much as I can to my community.

I believe that once you get to know a person and see beyond how different they may look from
you, you’ll find more things in common than you expected. This is the attitude that I found at
Lincoln-Goldfinch Law. People who are open-minded, compassionate, and willing to give you a
hand, no matter where you come from. 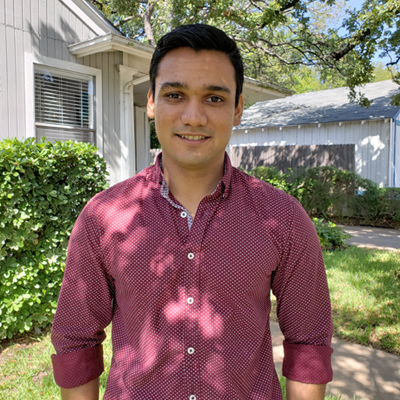