During our broadcast today we were joined by Karla Arévalo, Fidel Campuzano, and our immigration attorney Kate Lincoln-Goldfinch. Today we discussed a very important topic for the immigrant community, and one that has been all over the media for the past few days: What are the most recent modifications to DACA?

Who Qualifies For DACA?

This program was created more than 10 years ago and to qualify for DACA you must meet the following requirements:

For those who are currently applying for DACA for the first time, it is a bit difficult to gather the evidence to prove that they have been in the country since they entered, however, our attorneys are ready to help you and accompany you in that process. 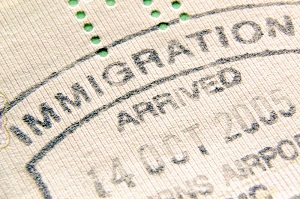 Requirements to Apply for DACA Remain the Same

After all the changes to the DACA program, after the Trump administration, after the Supreme Court decision, and now with the new Biden administration that has expressed no intentions to cancel the program, many people are feeling more confident about it. However, what happened recently is that the Attorney General of the state of Texas, Ken Paxton, filed a lawsuit along with 8 other Conservative States against the DACA program. The lawsuit was filed arguing that when the program was established by former President Obama, it did not follow the regular approval process (Administrative Procedure Act) where public participation spaces are allowed so he labeled it as illegal.

Last Friday, July 16, Federal Judge Andrew Hanen made a decision on the matter, saying that the manner in which Obama announced the program was not legal. This decision is going to affect a fair number of people, but more importantly, there will be more updates to come. What happens now is that President Biden can and will appeal the decision made by Judge Hanen, as well as he has the option to announce DACA again as a program following this time the regular approval process, which would take about 6 months.

Attorney Kate noted that another option is that Congress can pass a law for the "dreamers" so that they can obtain permanent status. This would be the ideal situation, where it becomes possible to adjust status to a Permanent Resident status and then obtain Citizenship.

How Will The New DACA Decision Affect Me?

According to attorney Kate, first-time DACA applicants are the most affected by Judge Hanen's ruling. The ruling specifies that the United States Citizenship and Immigration Services (USCIS) cannot approve or make any decisions on initial DACA applications at this time, but can continue to accept them. 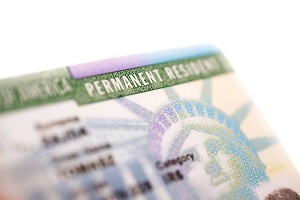 Initial Applications Continue To Be Received

At this time, individuals who are preparing their documents to apply or who have already done so have two options: the first one is to send a letter to USCIS indicating that they wish to cancel their case and wait until the situation is resolved; the second is to send the documents as soon as they are complete. Attorney Kate advises to submit them since, as soon as a final decision is made for the program, those pending applications will be the first to be processed by the USCIS.

During our live broadcasts, our hosts are always attentive to your questions to answer them in the most accurate way, keeping in mind that each case is different and unique. Fidel read a question asked by one of our followers:

"One question: are the people who are due to renew their DACA this year going to be able to renew?"

Yes, it is possible to renew now. Judge Hanen's ruling will not affect people who are already part of the program, so it will be possible for them to continue working and renew their DACA without any problem.

Another of our listeners sent us her concern:

"Hi, what's up, if the packet went in before the Judge put this in and they send a letter [to you] saying they are already working on it, then what happens next?"

If it is an initial DACA application, it is not possible for them to process and approve the case on the spot, even though it was filed before the Judge's decision. Therefore, this case will be in the group that is waiting for a change regarding the ruling or the program as such. Those who have not been DACA recipients for the first time will not receive approvals of their applications now or in the near future.

Karla read another question we received:

"What is going to happen to DACA's Advanced Parole, will it also be affected?"

This is a very important question. "Advance Parole" or Travel Permit is a permit that must be petitioned to Immigration allowing the holder to leave the U.S. and return without any problem. DACA beneficiaries may apply for a Travel Permit due to the following reasons:

In the ruling issued by Judge Hanen, there is no section that refers to Advance Parole. In addition to not having the legal authority to modify this process in any way, since it is not exclusive to the DACA program, and is a permit granted directly by the Administration of the President in office. Therefore, Attorney Kate recommends continuing to send these applications as usual.

It is important to remember that each case is unique, so if you have further questions you can contact us at (855) 502-0555 for a free legal consultation. In 10 minutes we can tell you the different options you have in regards to your case. To get our latest updates don't forget to follow us on Facebook, TikTok, Instagram, and YouTube.