The financial climate, in 2021, is such that bankruptcy rates are soaring. According to the court system 1.5 million files for bankruptcy every year. It is a common misconception that most bankruptcies are businesses, however, 97% of bankruptcy filings are from individuals

Various sources have identified that medical bills are the biggest cause of bankruptcies across the USA. The exact percentage of medical bankruptcies varies greatly depending on what statistics you quote. In any case, it is typically the case that bankruptcies occur through several factors coming together.

An unexpected medical emergency, with medical bills, time off work, and loss of income coming together can be a big hit to overcome. The most frightening statistics were supplied by the American Journal of Medicine which claimed that 62.1% of bankruptcies were caused by medical bills. The same survey showed that it is not only the uninsured that are hit, with 72% of those filing for bankruptcy due to medical causes had some kind of medical insurance cover.

The economic situation caused by the pandemic and its impact on industry and retail is causing companies to try and reduce their expenditure. The result has been that many employees have faced cuts in pay, with bonuses disappearing. When people are struggling financially already, this can be the last straw that pushed people into bankruptcy. 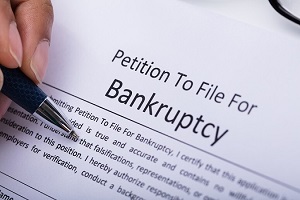 The same economic situation in 2021 has seen Texans applying for jobless benefits by the tens of thousands. Texas lost around 600,000 jobs in just one year, according to federal data sources in March 2021.

This disruption has had a major impact on the numbers filing for Chapter 7 bankruptcy in the state.

Texans have among the lowest credit scores in the USA. This has been caused by making late payments and not keeping up with bills. A study in 2015 by Experian showed that the average Texan had a credit card debt of $5,960 (the national average is $5,700). According to debt.org 60% of people who file for bankruptcy take home less than $500 per week. Credit card debt of $5,960 can push people to the point where they are drowning in debt and bankruptcy seems like an excellent option. The success rate of discharging debts like credit cards through bankruptcy is 95.3% and that can seem very attractive.

Financial pressures can put a huge strain on a marriage. The behaviors exhibited by those under financial stress, such as depression, alcoholism, and inability to sleep, can be enough to finish off an already crumbling marriage.

Living as two separate households instead of one will add even more financial difficulties, leading to the slide towards bankruptcy. Divorce can totally wreck the finances of a couple and it is far from uncommon for bankruptcy and divorce to proceed simultaneously. The Consequences of Bankruptcy can impact the division of assets in a divorce, and this is a case where counsel should be taken, as to whether bankruptcy before or after the divorce is preferable.

There are just under 4 million people living below the poverty level in Texas. These people can be disproportionately hit by unexpected major expenses. A vehicle that is needed to get to work that breaks down, might not seem like a major emergency but if the cost of getting it repaired costs almost a whole week's wages, and they are struggling to get by already, then it can become a catastrophe. These same people may be loaded with debt already and the unexpected expense might well be enough to bring everything tumbling down. As stated already 60% of personal bankruptcies in Texas are from people earning less than $500 a week, and these are the very people hardest hit by unexpected expenses. 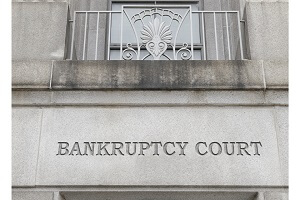 Typically, student loan debts are not discharged through Chapter 7 bankruptcy. Whilst it is difficult to have student loans discharged, it can, and does happen if the borrower can prove undue hardship. This proof is to a higher threshold than other forms of debt. Bankruptcy is not an ideal way of dealing with student loan debt. There are schemes such as Revised Pay as You Earn which can limit the monthly payments on federal student loans.

The inability to pay a utility bill is rarely the reason to file for bankruptcy, but the inability may well be a symptom of a wider financial problem. If facing a utility disconnection, filing a Chapter 7 bankruptcy may be enough to keep your services safe. However, it will probably be necessary to file an emergency petition which is completed in 14 days, Once bankruptcy is filed, the utility company cannot refuse or cut off your service. The company should open a new account for you post-bankruptcy but may ask for security of some sort to assure the new account is paid. Typically, this will be a security deposit. If they ask more than you can afford you should contact the bankruptcy judge to ask that he instructs the utility company to reduce it.

In Texas, sometimes foreclosure and bankruptcy are connected. It is not uncommon to file for bankruptcy to stop the foreclosure. The bankruptcy must be filed before the date of the foreclosure sale. Chapter 7 bankruptcy will remove your personal liability on the mortgage debt. It will also give you more time to explore other avenues. Property is another area where you should seek counsel, as there may be ways of mitigating the situation.

This is a catchall category that covers how poor financial management can be one of the Common Causes and Consequences of Bankruptcy. When we bring it down to its most basic level, if someone is consistently spending more than they receive, it must eventually end in disaster. Similarly, not making provision for unexpected costs can also place oneself at risk.

The Consequences Of Bankruptcy

Bankruptcy can give an individual the opportunity to make a fresh start. However, it does come at a cost. It is essential to think carefully before taking this step and if you can get legal counsel, so much the better.

For professional assistance in issues involving Bankruptcy, Chapter 7 and Chapter 13 in the state of Texas, it is highly recommended to reach out to a Bankruptcy Lawyer in Austin, TX.

What Not To Do After Filing Bankruptcy
&
More About Us